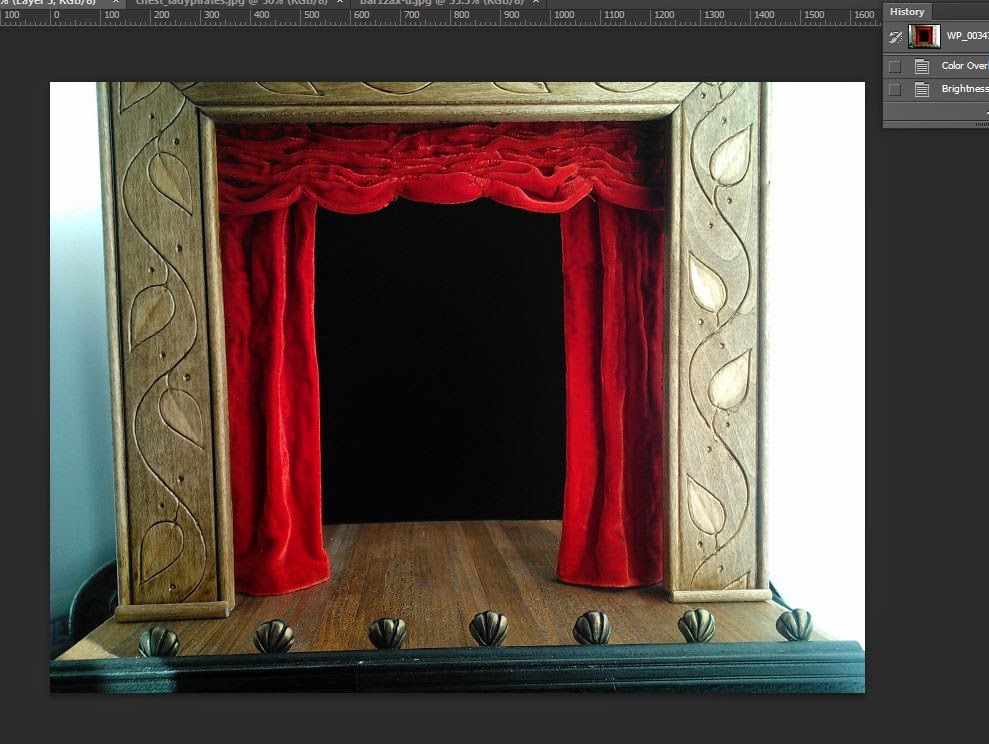 The past few days I have spent working on a miniature theater (I often create props/sets for local productions and I just love the theater world in general) to be used as a set for my own 3D artwork (needle felted wool figures, fused glass jewelry, etc).

I've been playing with the idea of using blocks to support the fused glass barrettes to raise them up in the picture frame a bit. Originally they were to be black but then I started thinking about the crates I made for a production of Lady Pirates of Captain Bree.  Perhaps they would work as a miniature prop as well?  However I didn't want to spend the time painting a mini version only to find it detracted from the glass art so I decided to test out the idea in Photoshop first.

I began by isolating each component to test on stage in Photoshop using the lasso tool and then cutting/pasting into the theater file.  Quickly added a color overlay and some shadows to give more of a realistic feel of what I could expect if all items were physically present.

End result: I think it works. Stay tuned - will show the actual painted blocks on the mini stage in my next post to see how they turned out. 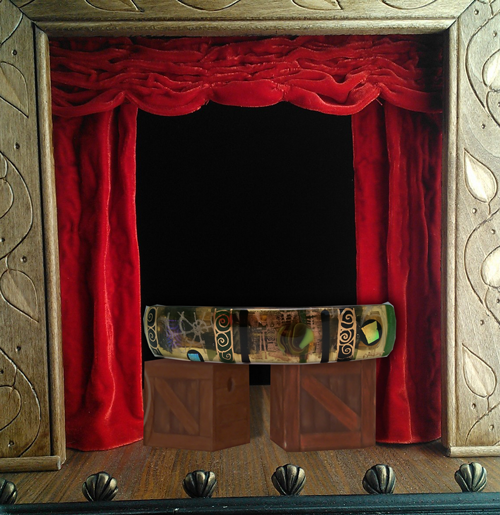 Posted by merrikin designs at 9:27 AM